The Tudor Pelagos is now in its second iteration. Whilst the latest version proudly echoes both Rolex and Tudor heritage, it also marks a distinct departure in a number of respects. Which suggest that Tudor remain keen to pushing the envelope just as much as their bigger brother.

Some of these changes are both surprising and welcome, although one or two may jar slightly with fans of the original.

Here we take a closer look:

The first thing to note about the Pelagos in general is that the main case body is made of Titanium. It was the first model from either Tudor or Rolex to make use of this lightweight metal despite other marques having employed Titanium quite widely.

Case is fairly chunky at 42mm it doesn’t feel obtrusively large or excessively heavy on the wrist and much of this may be down to this choice of case material.

Most all-steel watches of this size make the wearer aware in no uncertain terms that they have a solid lump of metal strapped to them but the Pelagos manages to be incredibly comfortable to wear (even on a less than Schwarzenegger-like wrist such as mine).

Yes, at 42 mm and with a stainless steel back it still has presence, but it is reassuring and almost organic feel that makes the watch seem to fit as though tailored to your particular wrist. 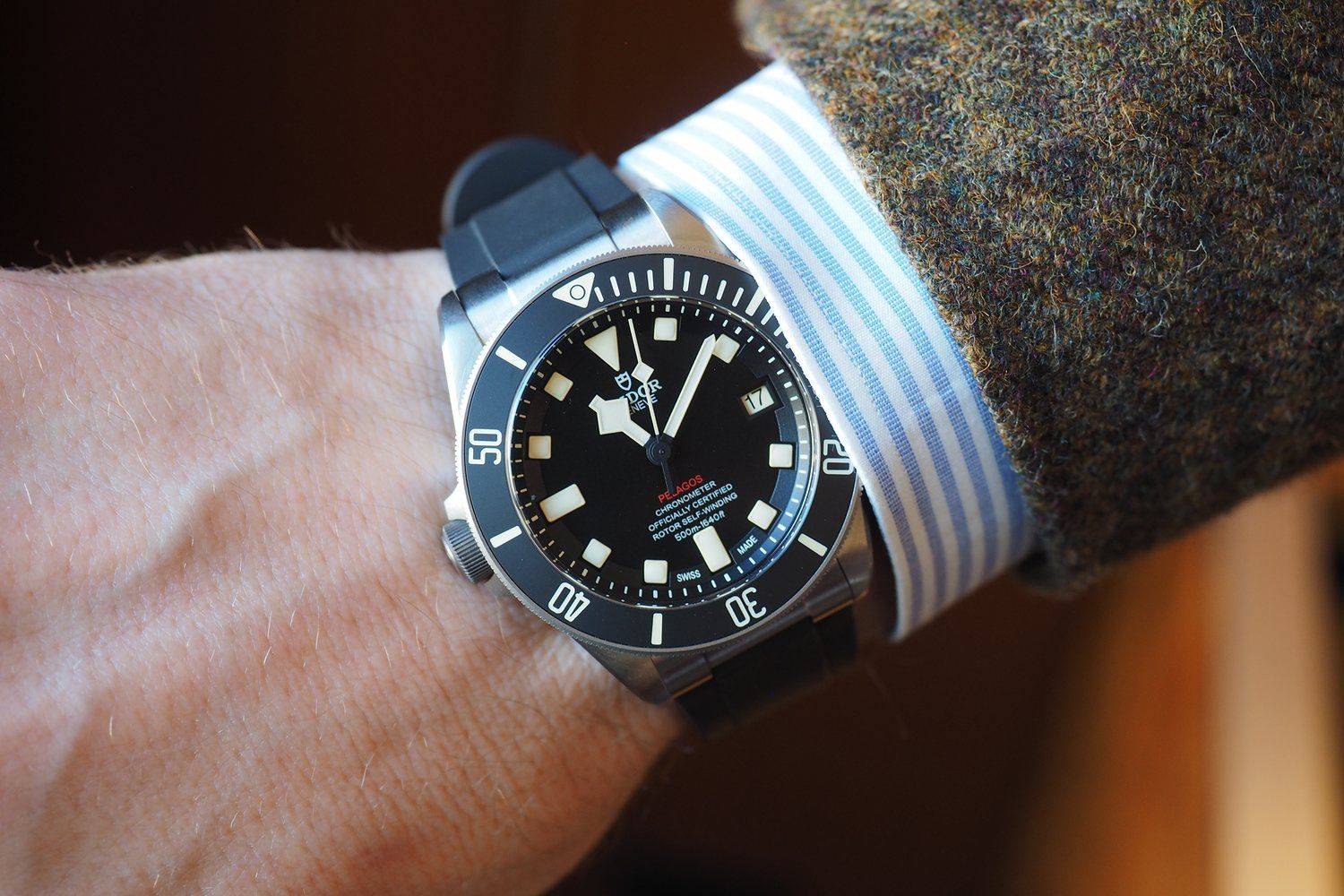 The next striking feature of the latest Pelagos, and the first major change from the original is the colour. This latest offering has a vibrant blue bezel to match the dial (the black option is still available for those about to turn apoplectic).

Again the main material is Titanium but it features a stunning and super-tough ceramic insert which gives the incredible blue colour.

Having Titanium, blue ceramic and a stainless steel back all in one case may sound like it shouldn’t work, but Tudor have somehow got this tri-material mix to look uber-cool and the finish is absolutely superb.

The bevelling is almost certainly machine tooled rather than hand-finished but it’s done to such a high standard that it’s nigh on impossible to fault.

There are obvious clues to be found on the case showing that the Pelagos is a proper divers tool; opposite the bidirectional winder (which is itself excellent, despite bucking the current unidirectional winder trend) is an automatic Helium escape valve.

This is another first among Tudor watches but has been done so subtly that one would assume they had been perfecting this addition for years; clearly some lessons have been learned from Rolex with this feature.

Certified to an impressive 500m, the Pelagos offers solid practicality for serious divers to go alongside its unique eye-catching looks.

The face matches the matte blue finish of the bezel which gives the Pelagos an unforgettable and unique appearance even before one gets to the detail. The blue is sufficiently vivid that it may not be to everyone’s liking but there is no escaping the fact that it makes a real statement. Matte finish has a quality about it that certain models with their brilliant glossy dials simply cannot match.

The hands are directly inspired by Tudor’s own “Snowflake” Submariners and having all three hands being instantly distinguishable from one another has obvious advantages for divers and makes the Pelagos a very easy watch to read.

For some reason Tudor have dropped the small lume marking from beside the date window from the original Pelagos and whilst this isn’t a huge issue it does give the dial a slightly lopsided appearance which becomes considerably more noticeable in low light.

The lumed markings around the rest of the dial are clear and pleasingly proportioned, they give off a distinctively bright blue/white glow which makes visibility underwater or in poor lighting a joy.

On a far more divisive note however Tudor have added a mass of text to the lower part of the dial which feels like a retrograde step in my opinion. The first generation Pelagos had only 2 lines of text here,  whilst even they weren’t entirely necessary they have the look of a minimalists dream in comparison to the new variant. On a divers watch where lack of clutter is often vital this does seem to be a misstep on Tudor’s part, especially given how distinctive the dial of this watch is in the whole.

In another groundbreaking move Tudor have introduced one of their first generation of “in-house” movements in the new Pelagos. Previously Tudor watches featured movements sourced from external suppliers but the new MT5612 is something of a revelation from Tudor in more ways than one. 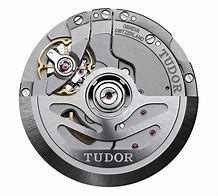 This is a 26 jewel, free-sprung movement and by all accounts is at least as good if not better than some of Rolex’s best offerings. Amongst other innovations Tudor have very cleverly seated the adjusting screws within the recessed portion of the balance, which is quite a departure from the preferred Rolex method and further underlines Tudor’s determination to highlight the distinction between the two brands.

A sapphire back might have been better for those fans of visible movements, but Tudor are at pains to point out the Pelagos is, first and foremost a tool and not a display piece.

Whilst many divers may opt for the matching blue rubber strap, the titanium bracelet of the Pelagos is another area where Tudor have excelled.

It’s a remarkably complex bit of kit which appears to have been lavished with a great deal of attention to detail, especially around the comfort of the wearer.

This is all the more impressive when you consider that straps and bracelets are often regarded as little more than accessories by many manufacturers!

At its heart this is essentially a typical Tudor friction-clasp bracelet, however because the bracelet is made of titanium to match the Pelagos’ case it is feels fairly light and easy on the wrist.

The clasp itself is steel (for added strength) but Tudor have incorporated a 3 stage adjustment system which basically eradicate the need for any tools.

Better still, a sprung mechanism within the clasp itself allows the bracelet to expand and contract with the wearer’s wrist movement making it a ridiculously comfortable watch to wear without the need for any additional adjustments to the band.

In addition folding links allow the wearer to extend the bracelet for wearing over a wetsuit of the like if so desired. To conclude it’s easy to see why Tudor are enjoying something of a rebirth, the Pelagos may not quite be perfect but at it’s current price point its a stunningly close option.