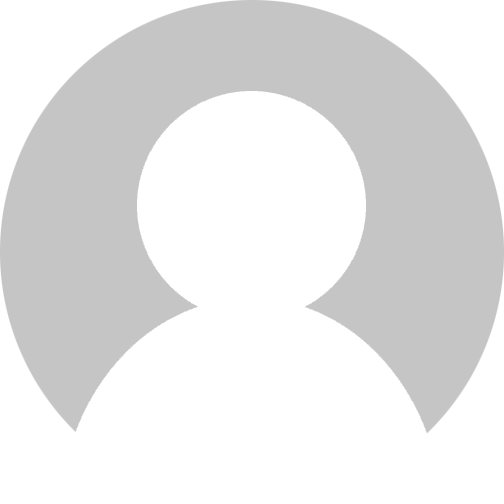 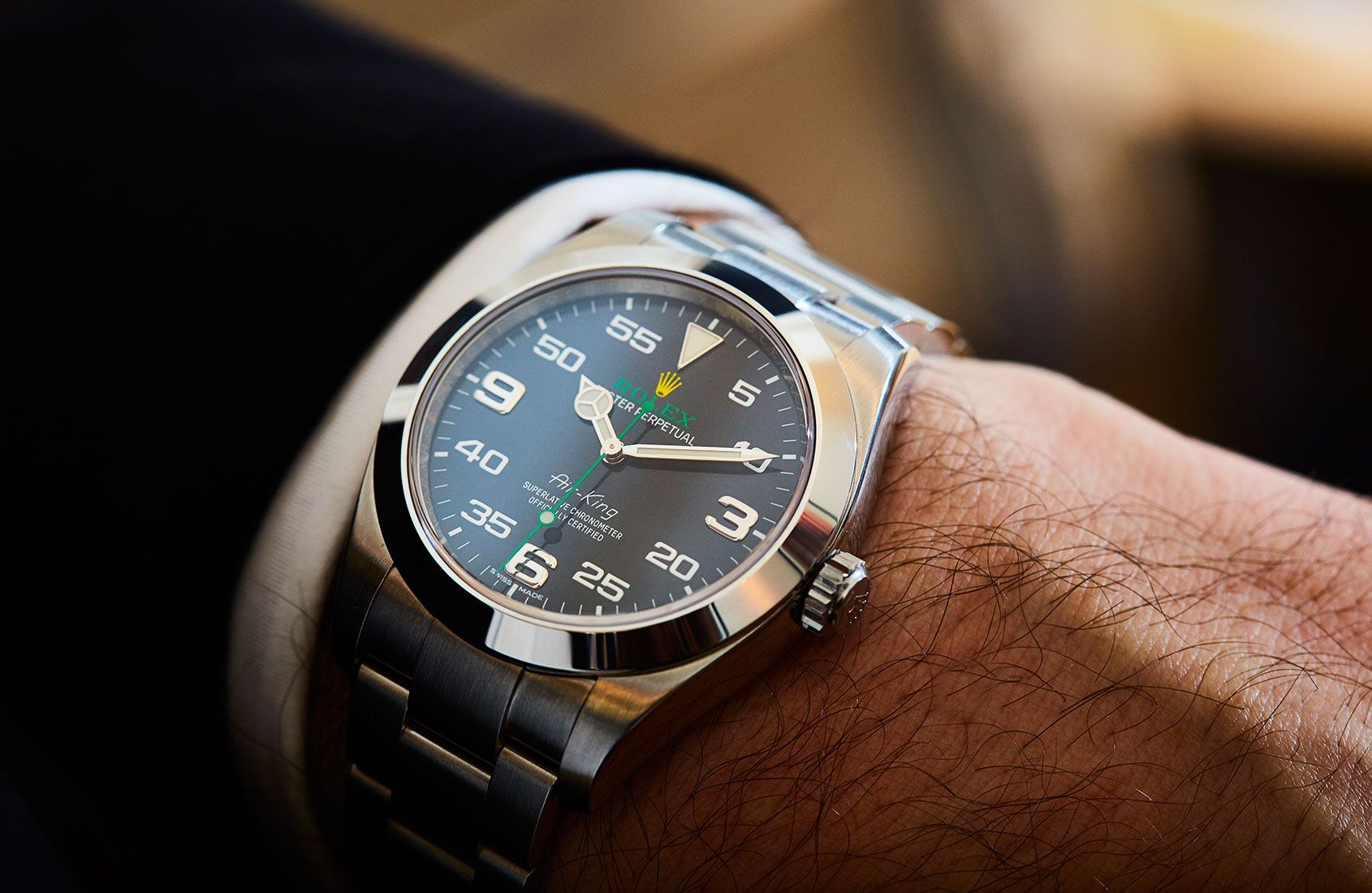 When you think of Rolex watches, there’s a few models that will instantly spring to mind. Whether that be the Daytona or the iconic Submariner, Rolex have a number of well known pieces that have become staples of the luxury watch market.

The Rolex Air King doesn’t quite reach the same heights of popularity despite having both a long and exciting history and embodying the same high quality and iconic design styles as those other Rolex ranges.

To give it it’s moment in the spotlight, we’re going to take a detailed look at the Air King; tracing it all the way back to its roots, comparing it’s unique design styles and review it’s standing in the modern day watch market. Is it’s lack of notoriety against the most popular Rolex ranges justified or is the Air King  in fact the Rolex everyone should be taking more notice of?

The Air King dates all the way back to World War II. Alongside other members of the ‘Air’ range, Rolex founder, Hans Wilsdorf released the Air King through his appreciation of the brave endeavours RAF pilots undertook during the battle of britain.

Not only was the Air King made to honour pilots, it was also made for them. Many pilots later relied upon the high precision chronometer to ensure highly accurate timekeeping during high intensity flight runs.

Over the years, the Air King range went through many different releases with a number of design tweaks and modifications along the way. Whilst changes were regular, the essence of the Air King being a pilot’s watch remained, with the quintessential ‘big numbering’ we associate with aviation watches a trend that’s fluctuated with the Air King over it’s lifetime.

Through modern times, the Air King’s has strong associations to Pan Am airlines, senator John McCain and an almost surreal partnership with Dominos pizza. And although briefly discontinued in 2014, the Air King now sits comfortably within the ‘budget’ end of Rolex’s range, nestling in just above the entry level Oyster for those that want a cheaper Rolex with a bit of a twist.

As we mentioned above, the Air King has had a number of different releases over its 70 year history – let’s take a look at some of the most popular models.

At 34mm, this watch is quite petite, especially when compared with today’s standards. It operated a really simple face design, combining a silver coloured dial, with straight and slim pencil-style metal hands.

These watches featured no complications but again their reputation came from their high-precision, chronometer-rated movements. For those au fait with the modern Rolex range, this Air King is incredibly reminiscent of the current Oyster Perpetuals, driving home the notion that ‘simplicity is often best’ once again.

Despite the age, the market for the 5500 reference remains strong to this day! Having a look on trusted re-seller sites, you’ll find some of these vintage pieces often around the £1,900 point, so it’s a good way to get your very own Rolex at a reasonable price!

In 1989, building on the success of the 5500 reference, Rolex released the 14000 models. These models maintained the simplicity that had made the original Air Kings so popular but offered some variety in dial stylings and colourings, opening the range up to new audiences.

As you can see from the above, this is where the range moved back to offering that classic ‘big numbering’ style which is so often associated with aviation as well as offering up some different dial colours, such as the bronze seen above.

Rolex also took the opportunity to modernise technically, boosting the calibre of the movement up to their famous 3000 calibre movement and adding further quality improvements such as swapping out the mineral crystal for a higher-spec sapphire one.

Whilst the 14000 received a movement upgrade to the caliber 3130 in 2000, this reference stayed in place all the way through to 2007, proving once again, as they had with the 5500, that these Air Kings were timeless pieces with bucket loads of longevity.

Again the vintage market for one of these is huge, with prices for a great condition Air King 14000 often found around the £2,500 mark!

Following a hiatus for a couple of years, the Air King was re-released in 2016 with an updated and slightly quirkier look and feel. Many believe that with the introduction of the Oyster, this took away the need for the Air King to be a more generic ‘entry level’ Rolex piece and allowed the Air King to align itself even more towards the aviation market.

The main differentiator here from previous Air King models is undoubtedly the dial. Rolex have now fully adopted the aviation themed big numbers, combining small numerals at the 5 minute markers and larger ones at the 3, 6 & 9 positions, all set upon a black dial colour.

Alongside the face, the hands have also been reworked too. This Air King model adopts Rolex’s signature ‘Mercedes’ hour hand alongside the pointed pencil/sword style minute hand. Rolex also brings some additional colour to the dial, matching the ‘lollipop’ minutes hand against the green of the Rolex logo.

Given there’s a little more going on with this dial, Rolex upped the sizing to 40mm and of course, it all sits behind a high-quality sapphire crystal.

As we see in a number of other Rolex pieces, the Air King comes complete with a Rolex Oyster bracelet. As we’ve come to expect, these are super high quality straps, composed of robust and durable ‘Oystersteel’ as well as the easy to use Oysterlock clasp.

If you were to have a desire to swap out the bracelet, it sits at 19mm so there will be many replacements on the market you could source and replace yourself.

Inside the case the Air King utilises Rolex’s self-winding mechanical 3131 calibre movement. As we’ve seen from historical Air Kings, this watch is renowned for precision and nothing changes here. It’s an official chronometer passing the COSC test as we’ve come to expect from all Rolex pieces and as such, it’ll keep you accurate to -2/+2 sec/day.

Technically, it’s going to give you up to 48 hours of power reserve as well as having a stop seconds feature for truly accurate setting. This fantastic movement set inside a high quality case will also give you up to 100m water resistance so you don’t need to worry too much for it getting wet!

The Air King is no longer the cheapest piece in the Rolex range but isn’t reaching the heights of some of the more popular models.

Brand new at the time of writing (April 2020) directly from Rolex and their authorised dealers, a new Air King will cost you £5,150. By heading into the preowned market, you may be able to save yourself a few hundred pounds, but prices won’t fall any lower than around £4,750.

As we all know, Rolex retain their value incredibly well, and with this latest model still relatively new to the market, you may be best heading straight for a new piece!

The Air King has been a staple of the Rolex collection for over 70 years now and despite it’s relatively reduced popularity next to models such as the Submariner, it is still a timeless piece.

If you love aviation themed watches, this one will be for you, with the latest model especially embodying that big-number styling we’re familiar with. But with that said, some of the older Air King’s offer fantastic simplicity and are a great way for those on a budget and with a love of vintage pieces, to get a Rolex on their wrist.

To answer our own question, you should absolutely take notice of the Air King – it’s a timeless piece with the certified high standard set by the world’s biggest watch manufacturer.

So before you go, why not take a look at some of the Air King’s we’ve previously had the pleasure of holding?